Tsunan, Niigata (June 1th, 2021) — Tsunan sake brewery, the maker of the “TA-ZIN-BA White” was awarded a silver medal at The 2021 Sake Division of The International Wine Challenge (IWC) competition, the most influential event of the Sake Review Board outside Japan.
Tsunan sake brewery has continually demarked itself by the technique of its Sake-Horses. First launched in April, 2020, “TA-ZIN-BA White” has significantly contributed to improving the sustainability of the soil in order to bring value to the “terroir”. It has increased the productivity of Sanbarikisha thanks to its technique of Sake-growing with horses.

IWC is one of the world’s most prestigious blind tasting boards in London. The Sake division has grown exponentially, making it the largest and most influential event of the Sake Review Board outside Japan. Gold, silver and bronze medals were awarded, in 52 different wine styles, establishing the best examples of each style in the country.

“We are honored to have won such a prestigious award before release on June 8th, and to help bring attention to the growing Niigata Sake industry with a sake made with all Tsunan rice and water,” said Atsushi Kabasawa, CEO of Tsunan Sake Brewery. 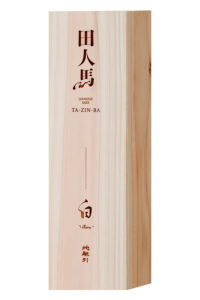